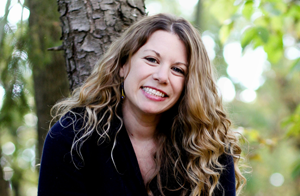 Hannah is a licensed clinical social worker who has been in the human services field since 1998. She began her career working in group homes for individuals with developmental disabilities and then became a director, overseeing the day-to-day operations of six residential homes. She has also worked as a therapeutic support staff for children diagnosed with autism and as a recreational therapist on both an Alzheimer’s unit and an inpatient mental health unit. Her masters level internship from 2004-2006 was with the South Central Juvenile Firesetters Program. She conducted mental health assessments for children who had started fires, assisted in teaching education sessions, and led monthly meetings with a multi-disciplinary team of professionals to review cases. She began providing therapy in 2006, working with families and their children who were at risk for out-of-home placement due to emotional or behavioral issues. In 2008 she began working as an outpatient psychotherapist, working primarily with victims of physical and sexual abuse as well as with teenagers struggling with depression and anxiety. She enjoys seeing diverse populations including working with women, young adults, teenagers, children, and survivors of trauma and domestic violence. She holds the following credentials:

In addition to her education, she has participated in numerous trainings that have focused on various treatment orientations, mindfulness, CBT, treating trauma, and working with survivors of domestic violence and sexual abuse.

She also has many continuing education credits in Internal Family Systems and is a certified clinical trauma professional.

She is level 1 trained in Internal Family Systems.